Today we’re going to talk about your patrol operations. Even though it’s arguably the most important part of your agency, in some way it’s also the least managed in at least two key areas: what your officers do in between calls for service, and where they go during their shifts.

There are at least three reasons why patrol matters so much:

Your patrol division consists of highly trained professionals. They undergo extensive training before they become sworn officers, and they undergo additional training as they serve. They follow standards set by their department and their state.

But there is a difference between training and ongoing daily management. How do you manage your officers after they complete roll call, grab their car keys, and go out on patrol? We’ve spoken to hundreds of police departments and sheriff’s offices over the years, and every time we ask them: how do your officers decide where to patrol?

The responses are quite interesting. About 1 in 5 agencies say that their officers are directed to patrol specific areas – crime hotspots – in between calls for service. These hotspots are identified by crime analysts who use a variety of methods, including Geolitica, to locate those locations. But 4 out of 5 agencies have essentially no measurable or quantifiable guidance. Officers are instructed to use their “knowledge of known crime areas” or “judgment” in deciding where to patrol. 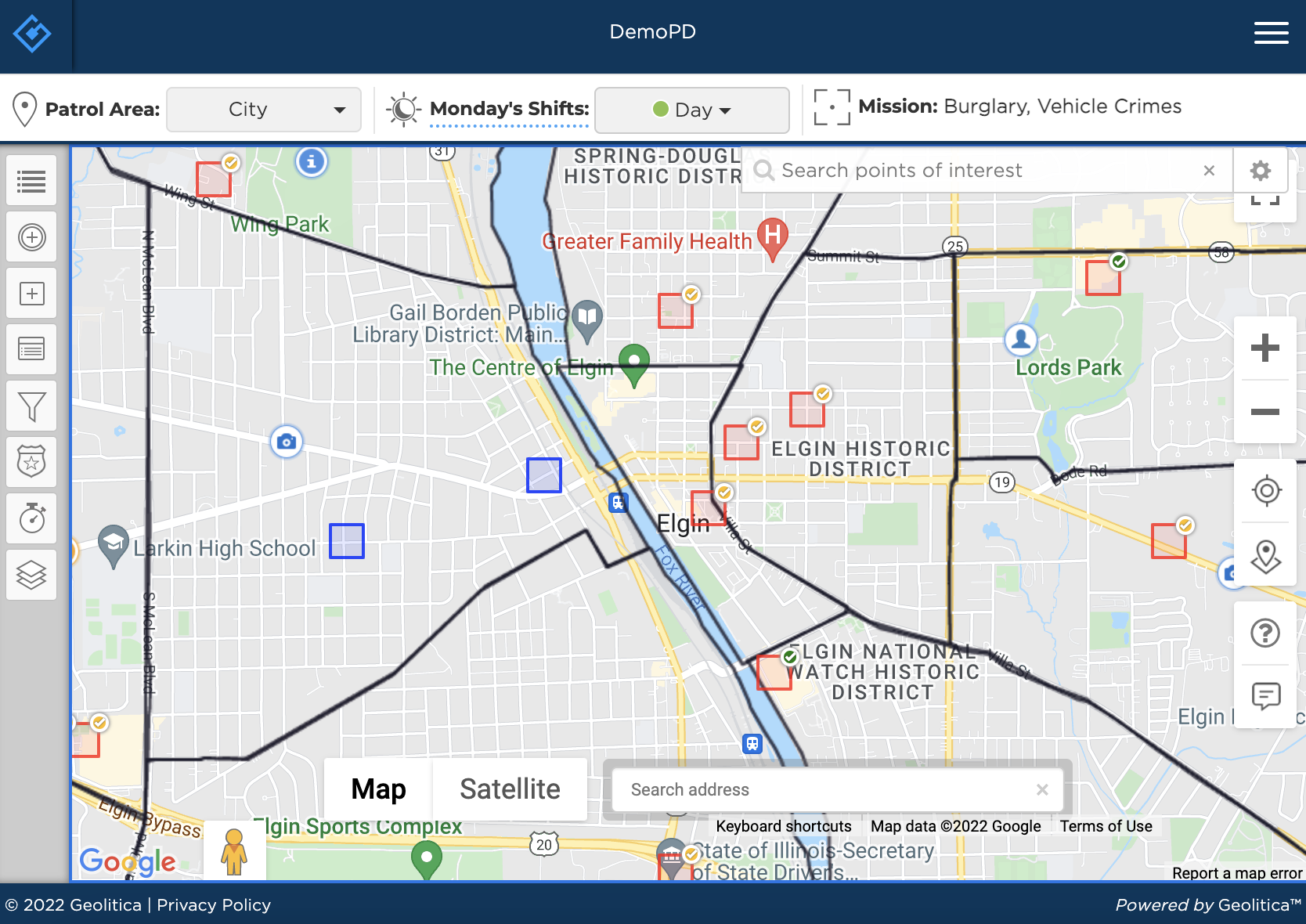 While officers certainly should know the details of their beats, the sheer volume of current and historical incident data to assess makes it virtually impossible for a single person to truly know all the potential hotspots – by crime type, time of day, day of week, and season of year – and be able to focus on the “hottest” hotspot each day where their patrol time will be most effective.

Even in agencies that do directed patrol for their officers, there is usually no real means to measure whether they are spending time in their hotspots. The most common method is via a radio call, with officers checking in and out of a hotspot. But officers sometimes forget to check in or check out, making this a difficult metric to use. Other departments don’t even use radio check-ins, relying on something like an honor system where officers will spend time at their designated hotspots. This can make sense in agencies with high volumes of calls for service – you don’t want to be clogging up the airwaves with an endless stream of check-ins and checkouts. 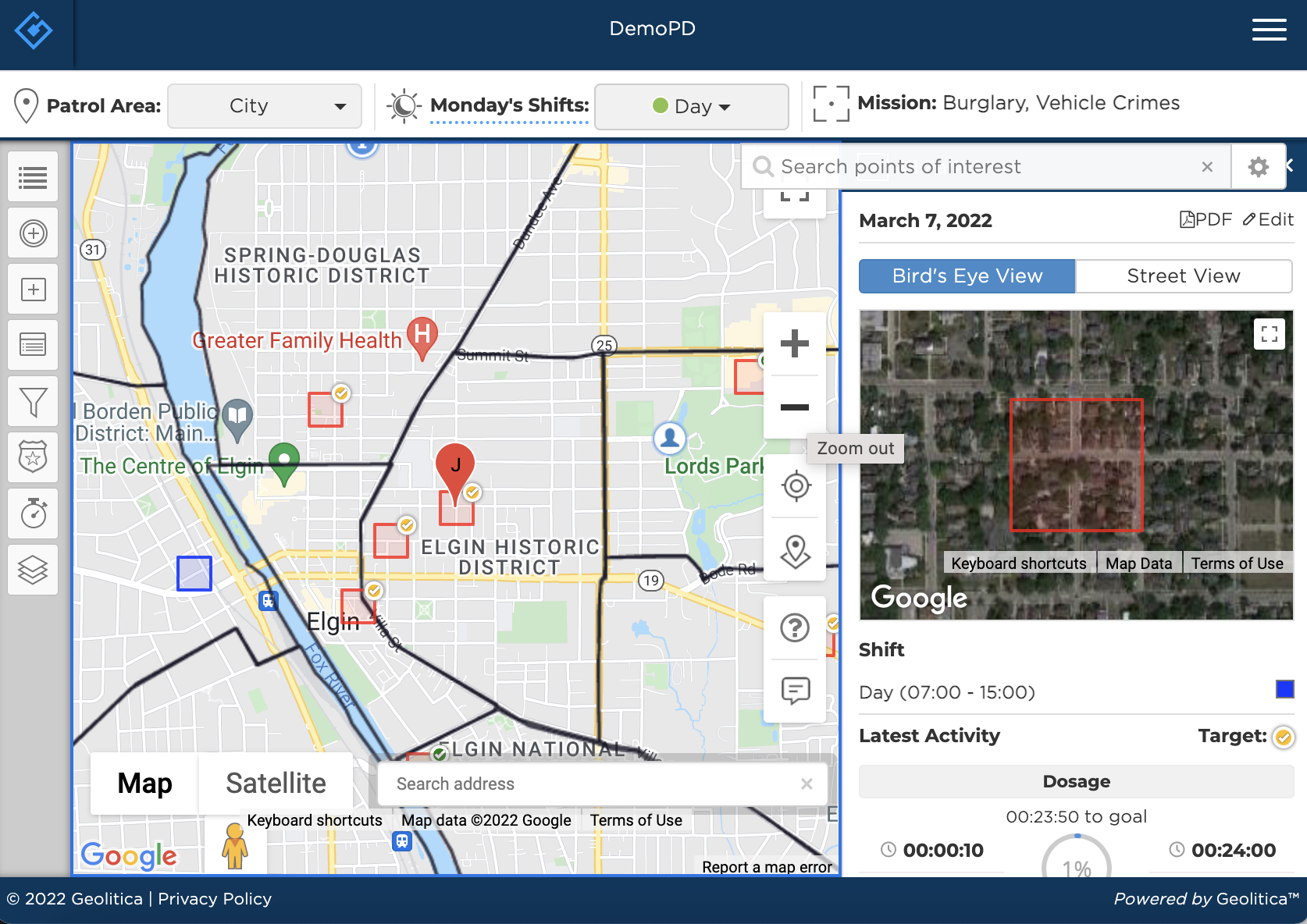 The only way to really measure this is by using AVL/GPS. Most departments now have AVL in their cars, and the ones who don’t are planning to get it. AVL serves several functions. First and foremost, of course, is officer safety. If an officer radios for help or backup, you need to know exactly where he or she is.

AVL also helps command staff manage officers in real time. You want to know where they are during their shifts. Sending someone out with a badge and a gun is a tremendous responsibility, and your department rightfully wants to ensure that they are serving in their assigned patrol areas. Being able to track and prove this is an important tool to ensure accountability and transparency with your community. 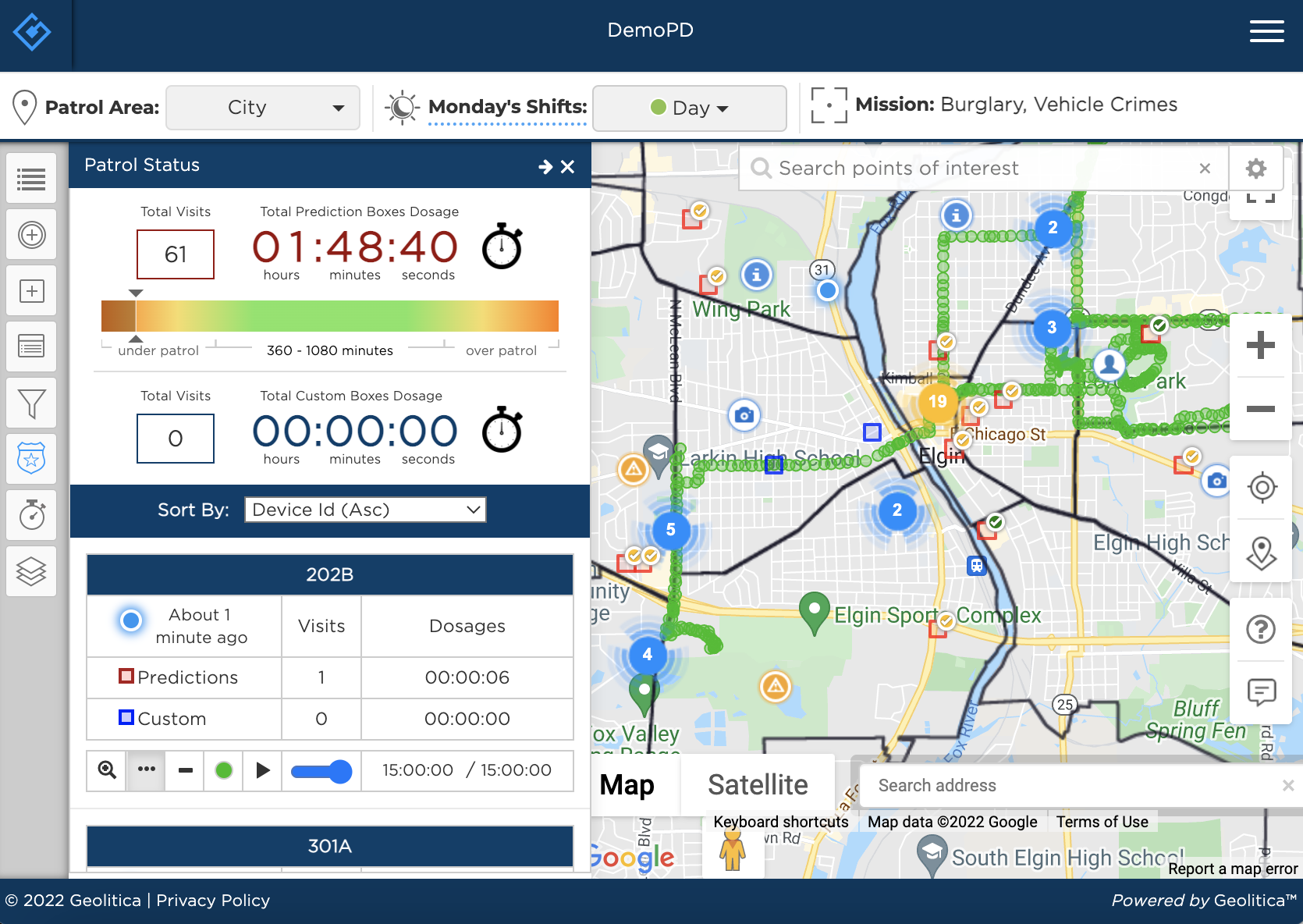 AVL can also be used to measure officer performance against assigned tasks. If you set patrol hotspots, AVL can help you see if they are getting to these assigned hotspots and spending the recommended amount of time or number of visits there.

If you store AVL data, you can use the historical “breadcrumb” trail to assist in other activities. You can reconstruct a pursuit, see how many officers responded to a specific incident and when, or even create patrol heatmaps to see which areas of your jurisdiction are over-patrolled or under-patrolled. 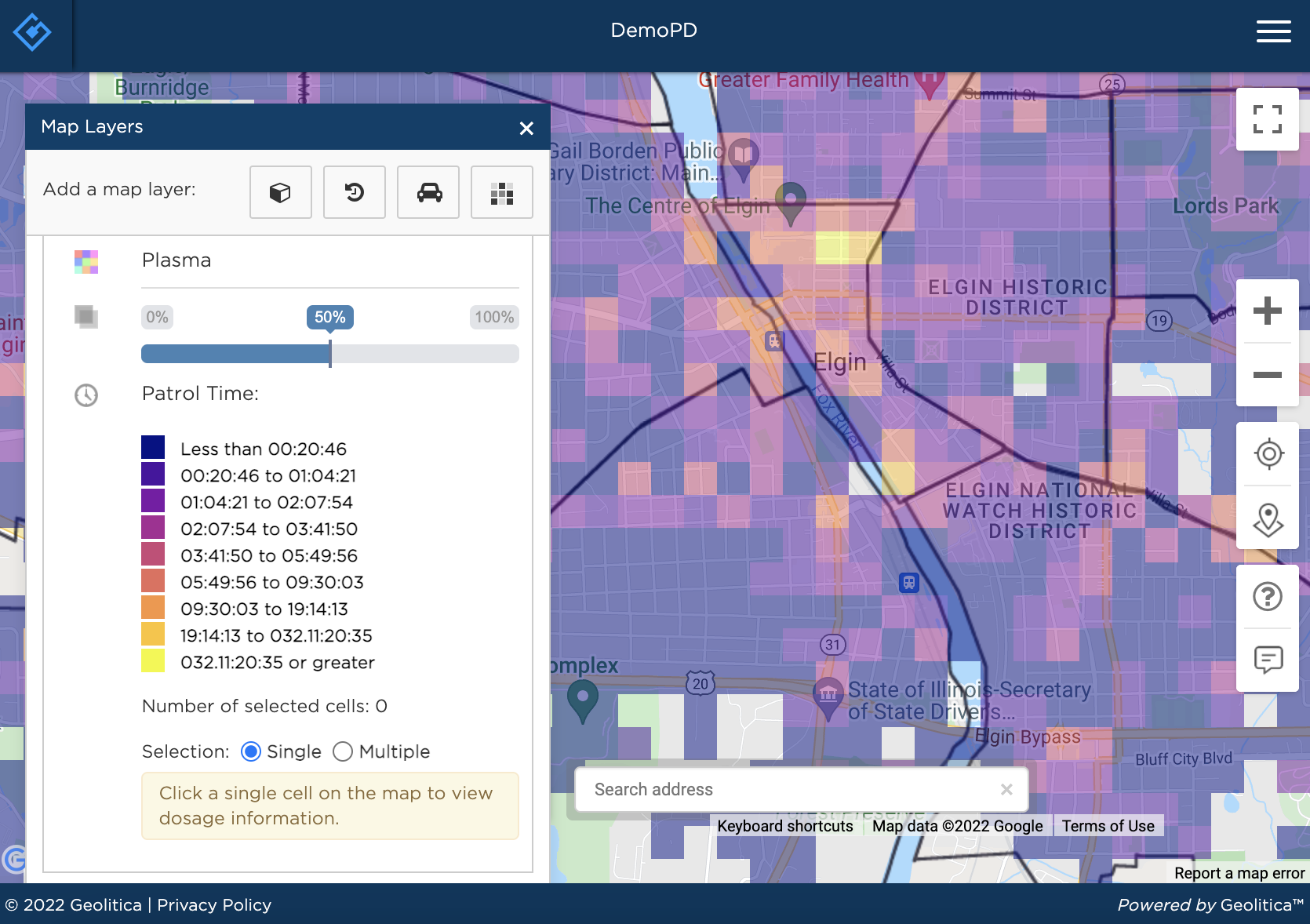 Tracking, storing, and presenting AVL data in a readable format is technically quite difficult. With almost 10 years of experience working with location data, Geolitica is the only platform that can track hotspot visits, historical officer locations, and create patrol heatmaps.

Let Geolitica show you how you can take the most important part of your department to new levels of transparency, accountability, and effectiveness. Click the button below to schedule your demo today!