You’ve probably heard the saying, “Those who don’t learn from the past are doomed to repeat it.”

No one likes making mistakes and certainly not at the cost of the public’s safety. The law enforcement industry takes learning from its past quite seriously in order to better serve their communities. Today, police are looking to technological advances to aid in their efforts.

Machine learning is a type of artificial intelligence that provides computers with the ability to learn without being explicitly programmed. Take Netflix, for example: it knows which movies to recommend based on the movies you’ve watched in the past; or the self-driving car: it knows where to go and what to do because of the data it’s collected based on your past behaviors.

Police have begun using machine learning software as well, known by such names as proactive policing or predictive policing. It provides agencies with customized locations for the places and times that are at greatest risk for targeted crimes.

Today, there is a variety of different software programs that are being integrated and used throughout law enforcement agencies. Some use data to detect a set of habits the offender follows and specifically who may be committing these crimes. While some departments find value in this type of analysis, there are serious privacy concerns to take into account. Many fear it will increase profiling,  infringing on civil liberties.

Law enforcement agencies are choosing PredPol because of the unbiased nature of its algorithm. It helps police allocate their time more effectively while on patrol. It shows them where to go, how much manpower they’ll need and how to help residents in the communities they serve, better protect themselves from future crime. 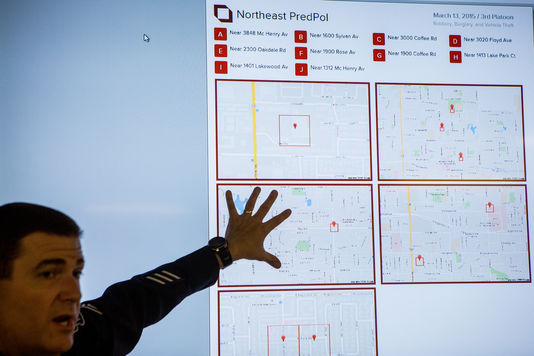 With Geolitica, police are using historical data, then analyzing the information to prevent crimes. The data collected and analyzed is victimization data. Specifically, Geolitica only uses time of day, location of crime and type of crime from reports in order to formulate predictions.

The program also excludes drug related offenses and traffic citation data from its predictions to remove officer bias from the equation and eliminate the risk of generating predictions based on officer discretion. For example, if Geolitica were to take citation data, the boxes would only appear where patrol officers know there tends to be a lack of consideration for the speed limit.

In Tacoma, officers used the information to decrease the number of home burglaries by preemptively identifying the common causes and locations. “It’s working smarter,” Assistant Chief Pete Cribbin told The News Tribune. “It’s chipping the high-rate offenders out of the system so you bend that number (of burglaries) down.”

In Orange County, Florida, a local news station reported, officers using Geolitica from a laptop in their patrol car see hotspots in the areas they’re patrolling to help them decide where to spend most of their time.

“As we move into predictive policing, nothing should be a secret,” says Charlie Beck, Chief of the Los Angeles Police Department. “We should engage privacy advocates and community leaders from the outset to explain the program and get their ideas and input to alleviate their concerns.”

“Police are not arresting people on the probability they will commit a crime,” LAPD Lieutenant Sean Malinowski told NIJ. “Police still must have probable cause.”

Machine learning software like predictive policing is not the only solution for crime reduction, but it is another powerful tool police can use to aid in their efforts to make cities safer.